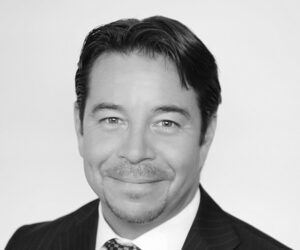 The evidence has been growing for some time now that LPG will have an important role to play within the global power generation sector over the next ten to twenty years and beyond. As the trend towards renewables continues throughout many parts of the world, and with coal and other dirty fuels increasingly seen as a power generation source of the past rather than the future, the role of gaseous fuels as a lower carbon, flexible way to generate electricity has never been more important.

WLPGA recognised this trend as early as 2016 when it published the report “Power Generation from LPG: : The Global Status of LPG-based Power Generation in Commercial, Industrial and Power Sectors led WLPGA to create the WLPGA Working Group on LPG for Power Generation in 2017. The working group consisted of WLPGA members who were either active in the power space or who viewed it is a potential growth area for the industry. The working group’s first project was to oversee the drafting of the document “Global LPG Power Generation: Market Development & Recommendations for Future Growth” which not only conducted an analysis of the global market opportunity for LPG for power generation, but also created a series of recommended actions that industry stakeholders could take to ensure that the segment reached its growth potential.

Since 2018 the WLPGA working group has focused on growing global awareness of LPG as a solution for power generation. A number of new reports, a charter of benefits and animation were produced along with case studies from Honduras, Chile, Ghana and the US Virgin Islands. The working group also held two dedicated workshops exploring the opportunities for LPG and power generation. The first was held in Yangon and the second in Sydney both of which were supported by local industry and attracted a mix of stakeholders.

As the world continues to grapple with the fallout from the COVID-19 pandemic the need for affordable, distributed and clean power generation will continue to grow. This is especially true in developing countries whehe Global Status of LPG-based Power Generation in Commercial, Industrial and Power Sectors”. This was the first document produced by WLPGA with a focus specifically on power generation using LPG. The report aimed to promote understanding among the LPG industry and other stakeholders of the technical possibilities, applications and market potential for power generation technologies using LPG. Ultimately, the goal was to inform the LPG community of the opportunities and how to maximise them.

The level of interest in this document and in the power generation segmentre power grids are unreliable and where the old solutions such as diesel and charcoal contribute to the smog and pollution which aggravated the effects of COVID-19. The urgent case for good air quality has never been clearer particularly in urban areas.

It is also true that in countries where LPG is used for other applications such as cooking, the infrastructure to grow the LPG for power generation segment is often already in place making the overall investment and time considerations for implementation relatively light as power solutions using LPG usually allow for fast execution from planning to first power.

Finally, power generation fueled by LPG has a lower emissions profile compared to competing fuels such as heavy fuel oil and diesel and offers an affordable and low emission alternative for areas that are not connected to the natural gas grid. When combined with renewable energy solutions in hybrid power systems, LPG guarantees uninterrupted, dispatchable power especially for remote or off-grid installations. It can provide consistent, stable power baseload regardless of weather conditions making it an ideal back up fuel for renewable energy. Hybrid systems are already attracting annual, global investment of more than $200 Billion and are commercially viable today.

WLPGA will continue to leverage the expertise of its global membership to promote the potential of LPG for power generation at a global level through the work of its dedicated working group. By raising awareness and providing proof of concept case studies of deployed and active solutions, it will play a key role in ensuring that this important segment of the LPG industry reaches its growth potential.