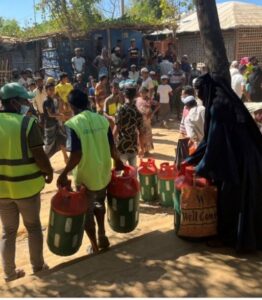 The programme had been organised jointly by the UNHCR and the International Organisation for Migration (IOM).

David had previously visited the refugee camps before the COVID-19 pandemic and had made recommendations for the safe storage, handling, distribution, and efficient use of LPG following the decision to transition the refugee population away from wood as a cooking fuel.

The refugee camps had been established following the exodus of the Rohingyas from Myanmar which began on 25th August 2017. The violence which broke out in Myanmar’s Rakhine State drove more than 742,000 to seek refuge in Bangladesh. Most arrived in the first three months of the crisis.

The reliance on wood as a cooking fuel by the refugees led to deforestation of the area and the decision was taken to transition the whole refugee population to LPG. Meetings took place between the WLPGA and the UNHCR and a partnership agreement was drawn up with WLPGA agreeing to provide support to the programme.

The WLPGA first visited the camps in January 2018 and made a series of recommendations with respect to the safe and efficient storage, handling, distribution, and use of LPG. 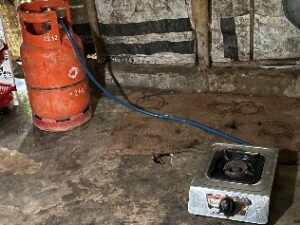 WLPGA members, Total Energies and Hexagon Ragasco – through their local representatives Beximco LPG – are currently contractually supplying LPG to all the refugees across all the camps.

Trials are underway to introduce pressure cookers to the camps to improve cooking efficiency and reduce LPG consumption. Some of the households using pressure cookers were visited and gave positive feedback.

Some recommendations were made at the distribution centres including:

The strong coordination between UNHCR & IOM was supported. 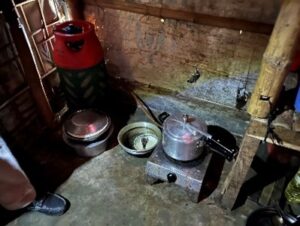 David had separate discussions with Johannes Van Der Klaauw, representative at UNHCR, Bangladesh, to explore the feasibility of donations in kind from the LPG industry.

Another visit to the camps is planned for 2023.

“The energy transition from firewood to LPG in the Rohingya refugee camps in Bangladesh has allowed the lush forests, otherwise cut for firewood, to mark the landscape again, and wildlife to flourish again. LPG has reduced refugees’ smoke inhalation during cooking and – while no longer having to forage for firewood -  reduced the exposure of women to violence and improved children’s participation in school. WLPGAs technical knowhow and liaison has been invaluable throughout the transition process, and we look forward to continuing our partnership.”