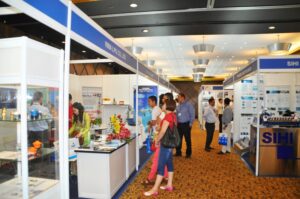 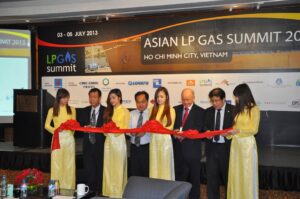 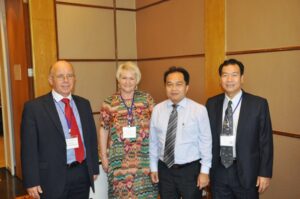 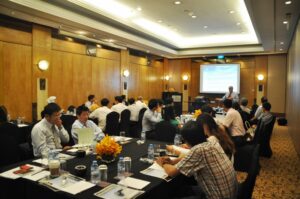 The WLPGA held another in the successful Best Practice Workshop series in Ho Chi Minh City, Vietnam on Wednesday 3rd July 2013 at the New World Hotel. Nearly 60 delegates attended the event which focused on the developing Vietnam LP Gas market. WLPGA Director, David Tyler, ran the workshop which was attended by delegates from several countries around the region as well as representatives from Vietnamese companies and organisations.

The programme included an introduction to LP Gas, its properties and characteristics and an introduction to Good Business Practices and Good Safety Practices followed by a discussion about the characteristics of the LP Gas market in Vietnam with a focus on Autogas use and the residential and industrial sectors. This was followed by a case study that focused on the LP Gas cylinder segment, the hazards associated with cross filling and the importance of maintaining control of cylinder filling and maintenance.

Over 50 delegates attended the Best Practice Workshop held on Wednesday 3rd July. The workshop was the first of its type ever held in the country and there was a request for it to be repeated at some stage in the future. Later in the afternoon a visit was arranged to inspect the new refrigerated LP Gas storage facility in Vung Tau operated by WLPGA member PetroVietnam Gas.

The first Asian LP Gas Summit ever held in Vietnam, jointly organised by the All Events Group, Singapore and the WLPGA, was held over the following two days (4th-5th July). Over 250 delegates registered for the event which also included an exhibition showcasing some of the major equipment companies in the world including WLPGA members RegO, Rochester, Cavagna Group, Hexagon Ragasco, Yachiyo Industry & Co. and SCG (Thailand).

The WLPGA also had a booth at the exhibition where the 2013 London Forum was showcased together with examples of many of the publications available to non-members.

The Vietnam LP Gas market was described by Dr Nguyen Si Thang - Chairman of the Vietnam Gas Association as a market of great potential with volumes expected this year close to 1.5mMT. Dr Thang explained that LP Gas had been introduced into Vietnam in 1990 and is now used mainly in the domestic sector but also in Industry and as an Automotive fuel.He said the price is market related based on CP and competes well with diesel. With the per capita consumption of LP Gas being relatively low compared to other Asian countries the potential is there for further expansion. The opening of the new refrigerated LP Gas storage facility in Vung Tau is evidence of that he said. About 60% of the LP Gas demand in Vietnam is imported and he forecast a consumption of nearly 5mMT by 2035.

The cooperation between the All Events Group and the WLPGA follows a similar event held in the Philippines during August 2011.Further events are being discussed for 2014 in Asia and Africa.