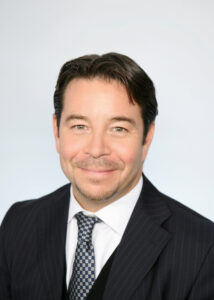 The 18th annual meeting of the Conference of the Parties (COP 18) under the UNFCCC was held from 26 November to 7 December in 2012 Doha, Qatar, the first time a UNFCCC negotiation was held in the Middle East. The conference drew over 9,000 participants, including 4,400 government officials, 4,000 representatives of UN bodies and agencies, intergovernmental organisations and civil society organisations, and 700 members of the media. This was a significant drop from the nearly 13,000 participants that attended the COP 17 negotiations that were held in Durban in 2011.

From the beginning this meeting was being billed as a ‘transitional’ negotiation and aspirations for any big agreements were modest. Incremental progress would be deemed success despite new science regarding the accelerated melt of the snow cap over the summer of 2012 as well as the litany of difficult weather throughout the year and a subsequent hardening of science and global public opinion.

The agreement which was reached and is being referred to informally as the ‘Doha Deal’ will act as a bridge between the old climate regime of the Kyoto Protocol and the new one which is supposed to be signed in Paris in 2015 and come into effect in 2020. It is significant that signing of this treaty is scheduled to take place after the release of the Intergovernmental Panel on Climate Change (IPCC) 5th Assessment Report (AR 5) which is set to be released in 2014 and is expected to have irrefutable scientific evidence of climate change and hence increase public support and political will for action. The last IPCCC report AR 4 was released in 2007.

The ‘Doha Deal’ essentially continues the main elements of the Kyoto Protocol for eight years past its original end date of 2012 and preserves the framework of agreed upon law, rules on accounting for emissions and structures for negotiation. This is not insignificant. The expectation is that the replacement treaty launched in 2015 will end the outdated distinction between ‘developed’ and ‘developing’ countries and require commitments on all nations that are proportionate to levels of development. This is especially true as some ‘developing’ economies per capita emissions surpass ‘developed’ countries, a trend which is expected to continue.

Qatar as a meeting venue was a controversial choice among stakeholders since the selection was announced in 2010 for a number of reasons including:

Other issues which influenced the negotiation:

Impact on the LPG industry:

It’s safe to say that the immediate impact on the LPG industry will be minimal. Two areas that could have implications for the industry, the Clean Development Mechanism (CDM) and the Global Climate Fund (GCF) made little progress. CDM continued to be criticized for a lack of overall transparency and accountability in its operations as well as for the extremely complex methodologies used for granting funding which makes applying expensive, onerous and impractical in most cases. There was little progress on streamlining the application procedure or reforming the system. GCF which has the goal of mobilising 100 billion US Dollars by 2020 for adaptation in hard hit developing countries was equally listless. Negotiators agreed to consider progress made on the structure of the fund next year in COP 19 which will be held, unhappily enough, in Warsaw.

Ultimately little changed in Doha despite new science and anecdotal evidence that something is happening to the global climate. Given geo-political realities it seems that there will be little movement on this issue until the financial crises impacting the world’s largest economies begins to stabilize. Until then, there is little political will or appetite for great change and the “Doha Deal” is an incremental step forward in what promises to be a long slog towards a new agreement in 2020.

Therefore unless something dramatic happens, WLPGA recommends that the industry maintain a posture of continued monitoring of these negotiations as was agreed during the last formal meeting of the Climate Change Working Group (CCWG) which was held, ironically enough, during the 2011 WLPGA Forum in Doha.