The Voice of Ricardo Tonietto, President of AIGLP

Ricardo Tonietto has been named as the new President of AIGLP and WLPGA took the opportunity to speak with Ricardo to ask him his views on the Latin American LPG market. 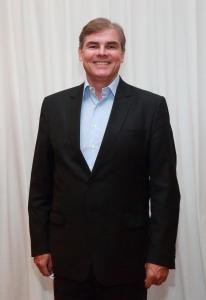 WLPGA: Many congratulations on being appointed President of AIGLP. Please could you tell us what your main objectives are for the AIGLP over the next few months?

Ricardo Tonietto: Initially, I feel it is important to thank everyone who elected me, as it is an honor for me to chair an important association such as the AIGLP. I can also not fail to thank our former Chair, Jonathan, who has brought the AIGLP to a high level of credibility and international respect during his terms of office. The main goal is to move ahead steadily with the project of making our Association better-known and respected internationally, as well as enhancing its appeal for members, striving to attract even more new members in a wide variety of countries.  We will always be close to our members, striving to serve as a mouthpiece for their goals, always focused on consumers.

WLPGA: Could you tell us a little about your career path to get to this point?

Ricardo Tonietto: I began my career in 1984 as a trainee with  Supergasbras.  After graduating as a lawyer, I was hired by this company and held several positions in its Legal Department. I have always liked the regulatory area, and have a graduate degree in this field. Since 2004 I have been the Legal Director of Sindigas  –  our business association in Brazil – and some six years ago I was invited to take over the Institutional Relations Department at Supergasbras, contributing to the professionalization of Sindigas during this period as its Legal Director and Compliance Officer. Now, as the Supergasbras representative, I was nominated and have been elected to preside over the Association.

WLPGA: What are the key goals for the AIGLP in terms of membership for example, or major campaigns?

Ricardo Tonietto: The goal is, as I mentioned previously, to make the AIGLP more attractive to its members and clients. We are already acknowledged as an important, dedicated, responsible and representative association, and we are eager to assist our partners throughout Latin America, offering our knowledge and expertise on a wide variety of topics.

WLPGA: Also for the Latin American market in general, what do you see as the major opportunities?

Ricardo Tonietto: The Latin American market for LPG is massive. I can say that this is a world of opportunities for companies, investors and mainly consumers. LPG is a spectacular product with many different applications in industry, trade, homes and agribusinesses, and I am confident that there are many opportunities for players in the sector, as well as for the suppliers of equipment related to our industry. Today, countries are going through sweeping changes on the LPG market, including Brazil, Argentina and Mexico which – in addition to being the largest markets in the region – are undergoing transformations that are attracting attention from the entire industry.

WLPGA: What do you see as the main threats to market growth?

Ricardo Tonietto: In my view, the main threat is the difficulty of some governments allowing  LPG to compete with other energy sources in a wide variety of segments. Sometimes our project is labeled as merely an energy source for cooking food, although we are far more than this and we want to be another option for consumers  who will certainly, if offered the chance to compare,  perceive the advantages of LPG, which is a versatile and abundant product that is also easy to transport. We will take an active stance in order to demonstrate in a large variety of forums that LPG can be a valid energy solution.

WLPGA: Of course you are a member of the WLPGA, how do you envisage working together with us? How can we work more closely together and what are your hopes for this relationship?

Ricardo Tonietto: Our Associations can and must act with seamless synergy within  their specific fields of action. With a lengthy track record and ample knowledge of the industry worldwide, the WLPGA can contribute greatly to the AIGLP in Latin America. Quite obviously, while the Latin American markets are still growing and maturing, in some of the European countries they are already mature and firmly rooted, for example. Experiences must  consist of exchanges of expertise, always focused on consumer well-being. Here at the AIGLP, we will always be happy to engage in discussions with other Associations on ways of boosting the growth of our industry.