The Voice spoke with Ms Ewa Abramiuk-Lete, General Manager, Liquid Gas Europe to hear her thoughts and goals for the European Association. 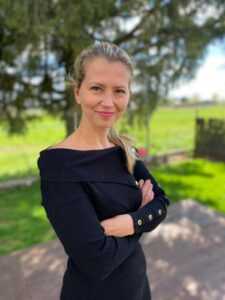 WLPGA: Given the universally challenging year we have all gone through, where do you believe are the key opportunities for the European LPG market in 2022 and going forward?

Ewa Abramiuk-Lete: The ambition to reach climate neutrality in the European Union by 2050 creates both challenges and opportunities for the LPG sector. On the one hand, according to the International Energy Agency Net Zero Scenario by 2050, we expect a shift in final energy consumption and that electricity consumption will be increasing by 2050. At the same time, we will see a gradual shift to bioLPG in Europe.

BioLPG is a direct renewable replacement of conventional LPG, as a drop-in gaseous, liquified fuel. It can be used pure or blended in the very same applications, from vehicles to boilers. This means that, when bioLPG is available in sufficient volumes, all users of LPG appliances can seamlessly switch to bioLPG.

BioLPG and other renewable gaseous fuels, which can be used in current infrastructure, create an opportunity for the LPG sector to play a long-term role in the European energy mix. These fuels are very important for the future of our sector, as they can deliver the needed CO2 emission reduction from heating, transport and other key applications to the levels required by European legislators. Further, the benefits of traditional LPG regarding air quality, as well its flexibility and relatively low cost make it a promising fuel for the years to come.

Thanks to LPG’s cost-effectiveness and flexibility, the European Autogas sector has been regaining strength in several European countries, compared to the previous year. As recently announced by ACEA, the European Automobile Manufacturers Association, the market for LPG-fuelled cars saw an increase of 5.7% in the last quarter of 2021. According to France Gaz Liquides, the LPG car sales in 2021 increased by 180%, while the LPG gas sales raised by 40%. In Poland, the number of new registrations for LPG passenger cars increased by 48%, according to data from the PZPM Association based on the CEP (Central Vehicle Register) data. The main reasons for switching to LPG vehicles seem to be the affordability of the fuel as well as the environmental benefits.

WLPGA: How do you feel that the LPG market in Europe responded to the COVID-19 pandemic?

Ewa Abramiuk-Lete: In 2020 and 2021, the COVID-19 pandemic caused unprecedented disruption to economies and societies across the world, and the energy sector was not immune to the turmoil unleashed by the health crisis. Restrictions on movement imposed to limit the spread of the virus had a severe impact, as a sharp fall in transport use resulted in a collapse in demand for gasoline and diesel. Although LPG witnessed a decline in consumption in Europe, its versatility increased its resilience compared to other fuels.

WLPGA: And what do you see as key threats to the industry in Europe, and how might the industry overcome them?

Ewa Abramiuk-Lete: Current ambitious policies and regulations aim to decarbonise three main sectors: transport, heating and industry. These proposals, whether related to phasing out of boilers or internal combustion engines, suggest a certain path that European countries are paving. But there might be new opportunities for more use of LPG in maritime sector and in heavy duty vehicles. LPG is also gaining momentum in Europe as it is more and more recognised as a heating fuel. BioLPG also sparked interest among various industries, as it helps them decrease their carbon emissions further. For instance Swedish company DUNI, is the first paper producer to start using bioLPG. Their intention is to use only renewable fuel by 2027.

WLPGA: On a wider angle, what are the main areas of focus for improvement for the LPG market in Europe?

Ewa Abramiuk-Lete: Looking at the improvement areas, we need to ensure that LPG and bioLPG are available energy sources in the future. For this, more investment must be put into bioLPG and R&D, to scale up the production. On one hand, more bioLPG production pathways will have to be developed and commercially available. This will require a strong commitment from producers. At the same time, the legislative framework must encourage these investments and help the energy transition.

WLPGA: What are your hopes and goals as a WLPGA member?

Ewa Abramiuk-Lete: WLPGA has been a valuable partner of Liquid Gas Europe, offering a great platform for exchange of information and coordination of activities. Personally, I am looking forward to the results of the work done by WLPGA on renaming of the renewable LPG as well as to the upcoming LPG Week in New Delhi. WLPGA communication team has also been instrumental in raising awareness among stakeholders across the world about LPG and its benefits, and I very much look forward to this year’s work with the team. Finally, the WLPGA advocacy group will have an important role to play in the coming months, especially regarding issues such as the potential ban of gas boilers, climate negotiations at UN level and cooperation with international stakeholders. 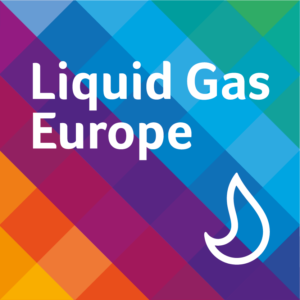