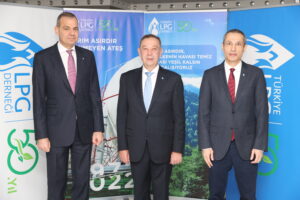 During the press conference Eyüp Aratay noted that unlike the relative weight of domestic use worldwide, the Turkish LPG market, where Autogas is the flagship, is one of the most important and exemplary markets globally in terms of the Autogas consumption amount, the number of LPG operated vehicles, supply stations, and the system. He stated, “As an association, we do not only work for our sector but also look out for the interests of the country.”

Gökhan Tezel emphasised the fact that LPG does not require big investments such as electricity or natural gas pipelines, and is a mobile, easily transportable, widespread, efficient, and economical fuel, adding “LPG is a vitally important fuel for Turkey and has a unique place worldwide. In addition to all benefits of LPG, it is acknowledged all over the world as a natural and environmentally-friendly energy source with much lower carbon and particle emissions compared to its counterparts. This is emphasised in detail in the reports published by the World LPG Association and the European LPG Association. In other words, as one of the essential and practical mobile energy sources, LPG is recognised as a 'clean energy' in the world. It is also reported that LPG is among the products that can make a significant contribution to the targets of reducing carbon emissions with the bio-lpg studies that have developed in recent years.”

The Turkish LPG Association was established on the 28th March 1972, with the main purpose of 'establishing the technical and commercial rules and standards'. Today, the association represents 70 percent of the total LPG market and 96 percent of the cylinder market, with 14 corporate members and 39 representative members in the association. The Turkish LPG sector provides bottled gas to 10 million households and serves 4.9 million Autogas vehicles with approximately 7,000 cylinders and 11,000 Autogas dealers operating across Turkey. The Turkish LPG sector has reached an annual market size of TRY 80 billion with approximately 100,000 employees.

Referring to the significance of LPG in the light of current developments, Eyüp Aratay, Chairman of the Board of Directors of the Turkish LPG Association said, “LPG is an easily accessible, mobile, efficient and clean energy source with almost 1,000 different uses, and it still has major potential in our country as the ideal cooking, heating, and water boiling source in the regions where natural gas pipelines could not yet reach.

But in addition, we recognise and believe that it is of great importance for our country to take a much more active role in meeting the increasing energy needs, in the reliability and diversification of energy resources. We believe that the importance of this potential of LPG and the role it will assume have become much more apparent with the oil supply problems that emerged with the war between Russia and Ukraine. In addition, I would like to stress the fact that the Russia-Ukraine war has not caused any problems in the LPG procurement in Turkey.” 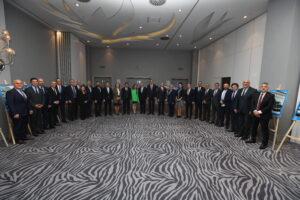