Repsol and Renault are Committed to the Autogas Market in Spain

Repsol and the Renault Group in Spain have signed an agreement to promote the sale of Autogas vehicles for Renault and Dacia brands and to boost consumption of this alternative fuel in Spain, where over 28,000 cars are currently using it.

Renault and Dacia in Spain will enhance the marketing of its range of vehicles with this alternative fuel, and they will work with Repsol in its technological development. Repsol will support the Renault Group in Spain in their marketing strategies of vehicles with LP Gas for automotive use, and it will increase its Autogas service stations network, from the current 261 to 400 in 2015. AutoGas saves up to 40% on fuel and it benefits from the PIVE and PIMA Air plans, given its low emissions of particulates and NOx. Its low CO2 emissions also reduce the greenhouse effect.

The Commercial Director for LPG Repsol Spain, José Manuel Hernández-Carrero, and the Marketing Director for Iberia of the Renault Group, François Dominique Grandjeat (pictured) have signed a strategic agreement in June 2014 to promote the sale of Renault and Dacia brand Autogas vehicles and to encourage consumption of this exceptional alternative fuel in Spain.

With this partnership, Repsol, Spain's leader in Autogas distribution, adds its potential to the Renault Group, which relies on a wide range of models prepared for the use of Autogas.

José Manuel Hernández-Carrero, Repsol: "This agreement strengthens Repsol's commitment to fostering Autogas in the Spanish market, where there is a similar growth to that registered previously in other European markets, due to its environmental and economic benefit".

François Dominique Grandjeat, Renault Group: "The Renault Group is committed to sustainable mobility accessible to everyone and in this sense, not only does LPG fuel contribute to reducing emissions, but it is also an alternative with a high development potential in the Spanish market".

In the first quarter of 2014 Autogas consumption grew by over 23% in consumption, according to the Strategic Reserve Corporation (CORES), of the Ministry of Industry, Energy and Tourism, and it is the most widely used alternative fuel in the world, with over 21 million vehicles using it. Repsol currently has 261 Autogas points and its growth rate is in the region of 100 stations per year until it reaches its incorporation to 400 Service Stations in 2015. In addition there are around 300 'skids' or facilities located in business premises and professional groups with Autogas fleets. The full range of Dacia has Autogas in its seven models: Dacia Sandero, Logan, Logan MCV, Duster, Lodgy and Dokker vans and Dokker Van, have an Autogas version. The Renault Group is supporting its commitment to Autogas with their new Clio.

Today there are over 28,000 vehicles using Autogas in Spain. In 2013, this type of vehicle fleet experienced a growth compared to 2012 of 100% and it is expected to develop further in the coming years due to its economic and environmental advantages. The benefits of Autogas enable this exceptional energy to be included in the public aid plans and incentive programs to efficient vehicles, such as PIVE and PIMA Air. Autogas offers a smooth, quiet and vibration-free driving and saves up to 40% compared to conventional fuels. In addition, Autogas helps improve air quality, with low emissions of particulates and nitrogen oxides (NOx) and minimises the greenhouse effect due to its low CO2 emissions. Many Municipalities and Autonomous Regions are also committed to Autogas and adopt measures such as tax rebates on the tax on motor vehicles and rebates on tolls. 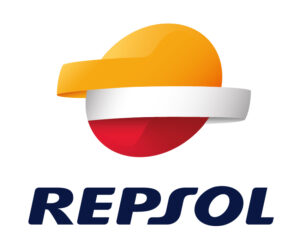 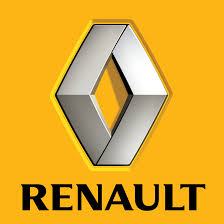 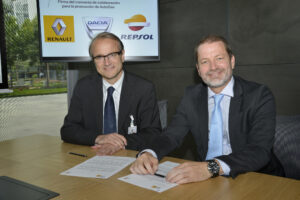