WLPGA’s participation in the United Nations Framework Convention on Climate Change (UNFCCC) negotiations during COP27 in Sharm el-Sheikh was an important milestone in the 2022 advocacy calendar. As part of preparations for COP27 WLPGA also produced a statement on the benefits of LPG in reducing greenhouse gas emissions, that was distributed to members for use in their communications. WLPGA also launched a communications campaign that included social media and a “Zoom In” interview with Lorena Perez Bajo WLPGA member IPIECA. In the interview Lorena gave an overview to WLPGA members of what to expect during COP27 (https://youtu.be/dy7v2cHojFw).

During the negotiations WLPGA represented the industry’s interests including numerous meetings with key stakeholders and held a well-attended side event on Wednesday 9th November that looked at the role of LPG in helping countries achieve their climate targets. The side event included the participation of Tim Bauer the COO of WLPGA member Envirofit.

The dust is still settling on COP27 but there was a headline agreement among countries that put the issue of loss and damage on the agenda for future climate negotiations and establishes a multilateral funding mechanism to reimburse developing countries for losses due to climate change. The impact this will have on the LPG industry remains to be seen but the WLPGA will continue to monitor and provide analysis on these developing issue. 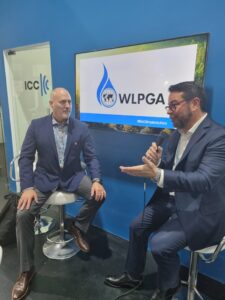 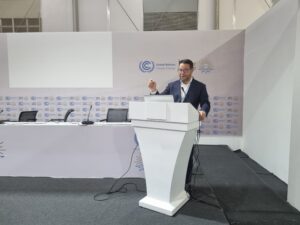