Polish LP Gas market leader and WLPGA member, ORLEN GAZ introduces a new brand called QGAZ and is giving the owners of  independent filling stations the opportunity to show how much they value quality.

ORLEN GAZ, part of the PKN ORLEN Group, is the largest company operating on the Polish LP Gas market with over fifteen years of experience and specialises in selling and distributing propane, butane and propane-butane mixture products of the highest quality. 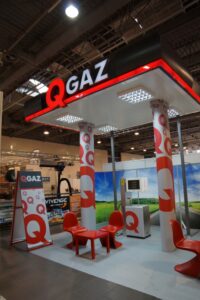 The company not only supplies the network of filling stations which belong to PKN ORLEN, but also delivers LP Gas to smaller, independent filling stations. For those independent customers, who are not a member of any corporate network, ORLEN GAZ is introducing a new brand called QGAZ and which will give these smaller petrol stations a chance to show how much they value quality.

Thanks to the characteristic visualisation elements with the red Q letter, they will be able to change the image of their stations and emphasise the highest standards of customer service. ORLEN GAZ is confident this represents a step into the LP Gas market future.

The first phase in the launch of QGAZ is a new motivational program “Namalujemy Ci QGAZ” meaning “We will give you QGAZ”. The program was devised specifically for independent ORLEN GAZ clients and who have an exclusive supply agreement with ORLEN GAZ.  The prize –QGAZ filling station visualization elements – includes carports, pole signs, clothes for the station employees and fuel dispenser and tank signage. The first viewing of a QGAZ station was seen during the Polish GasShow 2013 exhibition which took place in March 2013. 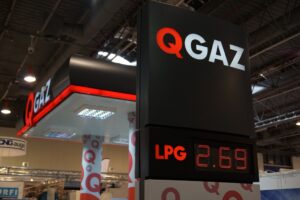 A QGAZ filling station shown during GasShow in Warsaw The station owners were able to register their stations until the end of March. Now the 160 contestants will compete from April until June by collecting points for LP Gas volume purchased and purchase dynamics. The 30 contestants with the highest number of points will win one of the awards which is a partial or a total filling station makeover.  WLPGA will report back on the winners later this year.   Elżbieta Jabłońska
Marketing Specialist
ORLEN GAZ Sp. z o.o.
elzbieta.jablonska@orlengaz.pl 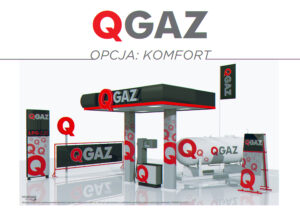 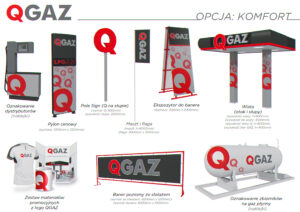