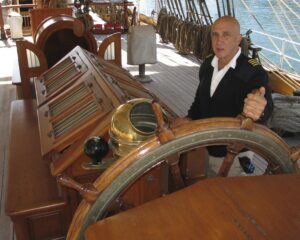 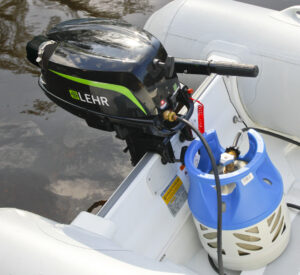 The inventors who advance our technology are usually motivated by a few common themes: a love of innovation, a desire to improve on existing products or processes, or the opportunity to get rich.

Bernardo Herzer, founder of new WLPGA member LEHR, was motivated by his passion for the sea and a cleaner environment.

“Having spent years as captain and owner of an environmental research vessel, I was appalled by the destruction mankind has inflicted upon the Earth’s oceans,” Herzer explained.  “When my son was born, I was profoundly troubled about the environment we would pass down to his generation.  This motivated me to do what I could to help clean up our environment.”

One of the biggest culprits, he realised, was gasoline.  “Gasoline powered engines produce a substantial portion of the Earth’s pollution,” he pointed out.  “They contribute to global warming.  Many of them produce dangerous levels of carbon monoxide, a lethal gas.  And there are still millions of old two-stroke outboard engines running around the world, dumping unburned gasoline and oil into our planet’s waterways.”

It distressed Herzer so much that he converted gasoline-powered engines on his research vessel to run on environmentally friendly propane.  “There were no commercially available outboards that could run on propane,” Herzer observed, “and I realised this void in the market was our opportunity.” “Propane is a green fuel,” Herzer assertes.

It distressed Herzer so much that he converted gasoline-powered engines on his research vessel to run on environmentally friendly propane.  “There were no commercially available outboards that could run on propane,” Herzer observed, “and I realised this void in the market was our opportunity.” “Propane is a green fuel,” Herzer assertes.“Propane powered engines are more reliable and easily meet the strictest environmental regulations, and they greatly reduce greenhouse emissions.”  Having sold his research vessel and moved ashore when his son was born, he established LEHR Inc. and threw his energy into developing, manufacturing and marketing the world’s first brand of propane-powered outboards.

“Gasoline is an insidious pollutant, even when it’s burned correctly,” Herzer maintains.  “But greenhouse gases and carbon monoxide are only part of the problem.  Anybody who has done much boating has spilled gasoline into the water at some point.  I’ve done it myself.  So I wondered, why not take gasoline off the water completely?”

For example:  with as a fuel propane and using biodegradable motor oil and gear oil this motors are being used on drinking water reservoir around the world.

The 2.5 and 5 horsepower models are single cylinder engines that feature an onboard Twist ‘n Go 16.4 ounce propane canister, making them completely self-contained units.  An optional connector allows them to run off a remote propane tank, such as the 11, 17 and 31 pound LEHR tanks, or the same standard tanks as outdoor grills and camp stoves.  The 2.5 has forward and neutral shifting with 360-degree steering, while the 5 has full forward-neutral-reverse shifting.

The 9.9HP and 15HP models are two-cylinder designs, all with full F-N-R shifting.  They’re available as either manual or electric start models, with tiller or remote control steering.  They draw fuel from the same remote tanks as the smaller models.  Equipped with an optional regulator, they can produce 80 watts of electrical power for lights and accessories.  All LEHR outboards come with a three-year limited warranty.

Besides a much cleaner running outboard, propane offers a host of advantages to the boater.  LEHR outboards don’t need a choke, resulting in easy starting with no guesswork.

“Green solutions often come with drawbacks,” Herzer notes, “but that’s not true of propane there more reliable with no ethanol Problems, cheaper and safer than gasoline, readily available, and easier to handle.  You don’t have to worry about spilling gasoline in your boat, into the water, or in the trunk of your car.”

Besides offering a clean, easy-starting, smooth running engine, Herzer points out that propane makes the boater’s life easier by eliminating many of the hassles of gasoline engines.

“Unlike gasoline, propane doesn’t go bad over time,” Herzer explains.  “It won’t foul the fuel system by forming gum or varnish, so there’s no need to purge it before storing the outboard.  This is especially important for outboards that are used only a few times a year.  And the propane you buy this year will still be good next year.”

“Simply put, a propane powered outboard is the right product for our times,” Herzer concludes.  “That’s why it has become my life’s passion.  We all have an opportunity to help leave a better world to my son, and all the people of his generation.”

WLPGA welcomes LEHR as a new member of our association. For more information visit http://golehr.com/lehr-marine/