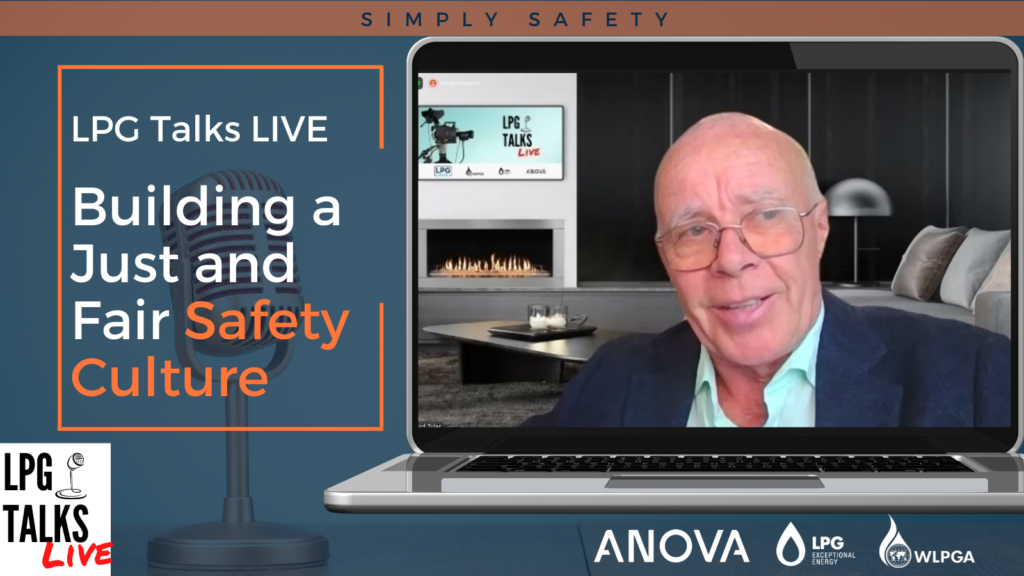 The latest LPG Talks Live event which is a joint initiative between the WLPGA and ANOVA was held on 20th September and featured safety. The topic was how to build a just and fair safety culture and featured opening addresses from James Rockall, WLPGA CEO, and Bram Gräber, SHV Energy CEO and WLPGA First President. A panel discussion followed which was moderated by WLPGA Director, David Tyler, and included Megan Sharp, VP Operations Support, Ferrellgas (and A1 Deputy Director of Personnel at Nevada Air National Guard); Markus Dreier, VP Operations, UGI International; Jean-Bruce Koua, HSSEQ Manager, Oryx Group; with contributions from Hugh Barrs, Group HSE Director, SHV Energy. Over 180 delegates registered for the event which attracted many questions and much interest.

In poorly developed safety cultures the default position is almost invariably to ‘blame’ the individual if an incident happens. On the other hand 'no blame’ considers almost all contributing factors such as leadership, training, engineering but fails to adequately address contributing behaviours.

A ‘just and fair’ safety culture is when people at all levels recognise and understand their responsibilities for safety. Well-developed just and fair safety cultures will feature fair treatment of individuals in the event of incidents, recognition systems for safe behaviour, and an understanding that people can be held accountable for their actions. They understand this is on the basis that any apparently substandard practice will be objectively examined to ensure people are not victimised. Gross negligence, wilful violations and destructive acts will not be tolerated.

The panel discussed the importance of commitment towards safety from the very top of the organisation, having an open culture to identify and report potentially risky situations, the role of rewarding people, and communication and education of all stakeholders.

Anova Pimentel reminded everyone that safety will feature during the main plenary of LPG Week on Wednesday 16th November in New Delhi (www.lpgweek.com).

If you have any questions on implementing a ‘just and fair’ safety culture please contact David Tyler on dtyler@wlpga.org