Mongolia is known for its rich, nomadic culture and history, but recently known for its air pollution problem. Even though Mongolia has been blessed with recent robust industrialism and modernisation fuelled by a mining boom, this has brought with it the associated pollution challenges.

However, thanks to emerging companies like Dashvaanjil, LPG has stepped up to the challenge of solving the energy dilemma! The market was initially hesitant, but the importance and viability of LPG grew exponentially because the centralised heating and power system fed by coal could not meet the growing demand caused by the growth of the city. In addition, rural provinces rely on wood and other vegetation for cooking and heating, leading to deforestation and indoor pollution.

The versatility of LPG has made it an excellent energy source in Mongolia, with growing demands in new industries as the awareness of the fuel spreads throughout the market. High performing fuel dependent industries like manufacturing and processing also rely increasingly on LPG for efficiency and better output.

The extreme Mongolian weather has forced the heating industry to look at LPG as the most appropriate solution for buildings and establishment that are unable to connect to the centralised heating system, which is already working past capacity. Dashvaanjil LLC joined the WLPGA in 2019 and became the first organisation to do so from Mongolia.  Mongolia as a nation will, no doubt become the next country in the continued streak of industrialised countries to shift to cleaner energy by utilising the versatility of LPG for their energy needs.

Dashvaanjil LLC is proud to be a member of this important association and supports #LPGday on 7th June. 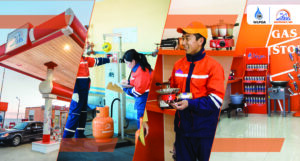