By Michael Kelly, Deputy Managing Director of the WLPGA.

The consensus is building that LP Gas is one of the best solutions to curb deadly pollution emitted by dirty cooking fuels. 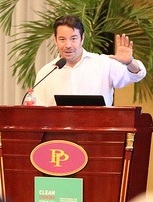 During the Clean Cooking Forum held in March in Phnom Penh, Cambodia, I heard the most positive statements I’ve ever heard outside of our industry about LP Gas as one of the single best solutions to reduce household air pollution.

The Forum convened around 650 of the world’s experts to seek ways to spur wider diffusion of clean fuels and cooking technology, including scientists, economists, development experts, and representatives from multilateral banks.  According to the Global Burden of Disease 2010 study, household air pollution causes four million premature deaths a year and disproportionately affects women and children in many countries, but specifically in South Asia and Sub-Saharan Africa.

The recognition is growing that LP Gas can be part of the answer. Many attendees at the Forum are based in developing countries where they personally use LP Gas on a regular basis. During the event I gave a presentation on COOKING FOR LIFE, WLPGA’s new campaign which aims to convert one billion people to cooking with LP Gas from dirty fuels by 2030. I asked the audience of 60 how many cook with LP Gas on a regular basis. Nearly every hand went up. 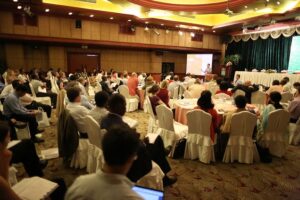 The most moving story I heard on the transformative potential of LP Gas came from Vijay Iyer, Director of the Sustainable Energy Department of the World Bank. During his keynote address he told the story of how as a child in India, his whole family had scrimped and saved for their first cylinder of LP Gas. He said that he recalled how important this was for his mother and his whole family and how once the household made the switch to LP Gas, it completely changed their lives.The discussions I held at the Forum centered on everything from finding ways to roll out LP Gas to rural areas to how to provide LP Gas to communities at the bottom of the pyramid. This remains one of the central challenges we face as an industry. There were many questions from a number of NGOs and research institutions in Phnom Penh on the best way to cooperate with the LP Gas industry in markets where they have activities.

At the same time, there was significant interest from a range of participants on how to become better informed on LP Gas as a clean cooking solution. I held wide ranging meetings with representatives from a wide range of international organisations and NGOs including CDC, WHO, UN Foundation, GACC, GERES, USAID, GVEP, USEPA, UNDP, Winrock, WWF, GIZ, HEDON, ADB, AfDB and the World Bank.

One of the strongest endorsements of the week for LP Gas came from Kirk Smith, a preeminent academic at the University of Berkeley and old friend of the LP Gas industry. Kirk who spoke at the launch of COOKING FOR LIFE in September 2012, has been a long-time supporter of LP Gas and is considered by many to be the founder of the movement to fight indoor air pollution. In his opening presentation, Kirk announced that “…the full benefits from reducing household air pollution can only be achieved by switching to truly clean cooking which means LPG and electricity”.