Mr Mayumi Uezono, CEO of WLPGA member KOAGAS NIHON has sent us the latest in our occasional series ‘Letter from Japan’.

Letter from Japan by Uezono-san, KOAGAS NIHON ‘My Olympics’ Challenge
KOAGAS NIHON achieved a medium-term goal of 80,000 customers at the end of April 2021. Employees confident in gas even as plans for a low-carbon future advance.

Since 2015, KOAGAS NIHON CO has been working towards the goals of its medium-term plan known as “My Olympics”, referencing the Japan 2020 Olympic Games which successfully took place during August. In this plan, the company set a goal for the number of customers to exceed 80,000 by the end of March of 2021. My Olympics maintained the present growth level of KOAGAS NIHON and improved the collective power of employees. As a result, they were able to reach their goals by the efforts of employees at the end of April this year.

My first unforgettable major challenge was in 1986 regarding the interpretation of the license provisions of the LPG Act. At the time, there was a strong preference towards existing businesses, and few new permits were being granted, making new negotiations nearly impossible. However, I was able to overcome the regulatory barriers to obtain the permission to establish a new business through measures used in insurance and administrative law.

The second instance was in 1995, regarding the acquisition of a permit for city-gas business. At the time, obtaining a permit for city-gas business was virtually impossible under the Gas Business Act (Gas Utility Industry Law).  In addition, the complex involvement of various interests in the city-gas project and the fact that the industrial data and records were insufficient in propane-air city-gas for relevant officials made the project more daunting.

After long and difficult negotiations with them, I was able to obtain a permit in a rare feat in the history of city-gas industry. By overcoming these two regulatory barriers, the number of KOAGAS NIHON customers in the area has increased dramatically.

There were many other hardships faced during the company’s early years. One of them was a matter of license for community gas business–the M&A. KOAGAS NIHON had to overcome not only the strict regulatory barriers in new facility construction but also cope with the opposition from many stakeholders in the community-gas industry, city-gas business operators, cylinder-propane retailers and residents in the neighborhood.

Today, the community-gas sector has become one of the major pillars in KOAGAS NIHON. I also learned through such challenges that “your hardest times often lead to the greatest moments of your life. Keep going. Tough situations build strong people in the end.”

Tensions spread through the company after the Great East Japan Earthquake, but to motivate our employees to be confident in the future of LPG we began direct in-office meetings for employees to discuss freely among each other concerns and anxieties. These meetings have included lectures by Mr. Michael Kelly, Chief Advocacy Officer and Deputy Managing Director of World LPG Association, my own lecturing-trips overseas and postings to newspapers. As a result, the company’s enthusiasm and comradery has refortified since the event.

There are many difficult issues to be addressed going forward, such as deepening globalisation, improving quality along with the expansion of quantity, readjusting to life post-pandemic, new measures for the era in low carbon society, and strategies for energy liberalisation.

Considering such diverse challenges, KOAGAS NIHON is moving onto the next medium plan.

Mr Uezono was born in Satsumasendai city in Japan in 1955. After he graduated from the University of Tokyo in 1979, he engaged in domestic and overseas legal affairs, contract negotiations, litigation, intellectual property right, etc. at a mining and energy large company. After joining the current company as managing director in 1984, he has expanded the businesses of LPG, city gas and electricity, etc. under the strict regulations, and at the same time has played an active part for the global development of the LPG industry through presentations at conferences in Japan, the US and Europe, collaborative activities with overseas institutions, articles in industry magazines and introducing translations of industry news. He is a member of the National Propane Gas Association (NPGA) and the World LPG Association (WLPGA). Mr Euzono lives in Kagoshima city in Japan. 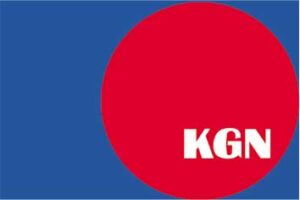