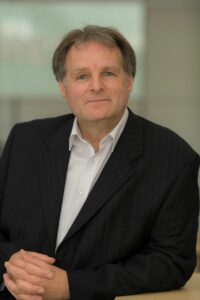 Electricity is vital for today’s society, driving economic growth and improving the quality of life for people around the world. But today there are still close to one billion people without access to electricity, four billion who cook using solid fuels such as charcoal, and hundreds of millions for whom access to electricity is either unreliable due to lack of generating capacity and infrastructure, or an unaffordable luxury. So how can we address the “Energy Trilemma” – Environment, Affordability and Security of Supply - and achieve the UN’s goal to provide clean, affordable energy to all?

Today’s primary focus is on the environmental aspects of power generation. A large proportion of global electricity is still produced from coal or fuel oils, with high CO2 emissions to atmosphere, along with other pollutants harmful to the environment and human health, such as sulphur oxides and soot. Utilising renewable energy, such as wind and solar, will alleviate these issues, but it will take time to deploy these technologies at the scale required to replace fossil fuels, while some countries and regions may not have the necessary renewable resources to move to a 100% renewable scenario in the medium term. Switching to lower carbon fossil fuels such as LNG and LPG can play a significant role during the energy transition in providing low carbon, secure energy, especially in developing nations and regions with little existing energy infrastructure.

While natural gas is considered to be one of the cleanest fossil fuels, its availability depends on being close to the supporting infrastructure, such as pipelines and LNG terminals. In many regions there is no existing natural gas infrastructure, and distance or volume demand make it uneconomic to expand any existing infrastructure to serve every potential customer. Traditionally these ‘off gas grid’ customers have been served by small, decentralised base load power plants operating on fuel oils, such as diesel or Heavy Fuel Oil (HFO), as these fuels can be readily transported by truck or train. However, fuel oils are ‘high carbon’ fuels, releasing significant CO2 when combusted, as well as large amounts of the other pollutants mentioned earlier. These decentralised power plants are ideal candidates for LPG – a much cleaner burning fuel that can immediately reduce CO2 emissions by 20% compared to HFO, as well as reducing other pollutants by 90% or more. The ability to use LPG in high efficiency power plants not only reduces the CO2 footprint of power generation, but also makes electricity more affordable. The volumes of LPG consumed for power generation, even for a small power plant as used by say a mining company or cement factory, can also improve the affordability of LPG for other uses, such as cooking, and help a local domestic fuel market to develop, reducing air pollution and deforestation.

As the amount of renewable electricity generation on the system grows, the need for baseload power from fossil fuels declines, but as solar and wind are intermittent resources, they require flexible back-up power generation to ensure security of supply. LPG is an ideal fuel to support a renewables-dominated grid, as it is easily stored, does not degrade over time, requires no heating or complex filtration to keep the fuel in a usable condition, and, unlike LNG, does not constantly boil off. In case of a leak or spillage, LPG will not contaminate soil or watercourses (unlike fuel oils) and has a much lower Global Warming Potential (GWP) compared to methane, the key constituent of natural gas and LNG. A decentralised LPG-fuelled power plant can readily transition from baseload to a grid support or peaking role, and even transition seamlessly to bioLPG, as greater volumes of this net zero carbon fuel become available.

As the amount of renewable electricity generation around the world grows, there is much talk about the use of ‘surplus’ renewable electricity generation to create renewable, or ‘green’, hydrogen. Hydrogen has many uses – in transportation, as a feedstock in the chemical industry and as an energy source – and is considered a way of long term or seasonal storage of renewable energy. There are proposals to create and store hydrogen from renewables to convert back to electricity when renewable generation is not available. Currently though hydrogen is a relatively expensive fuel for this purpose, is difficult to transport, and could be used more economically elsewhere. As the drive for zero carbon power generation continues, bioLPG could become a viable alternative to hydrogen for this role, especially in areas where little energy infrastructure exists or in standalone microgrids powering industrial facilities.

Disclaimer: The views expressed in this article do not necessarily represent the position of the WLPGA 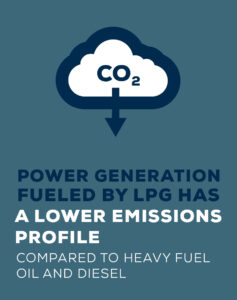 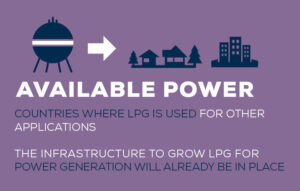