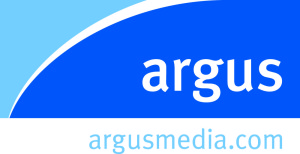 LPG trading and logistical firm Petredec has signed an agreement with South African terminal owner and industrial conglomerate Bidvest to build an LPG storage terminal in Richards Bay, on the east coast of South Africa.

The terminal will be located at an existing Bidvest storage site and will include four pressurised tanks with a total capacity of 22,600t, making it the region’s largest pressured LPG import storage terminal. The facility will allow for reexports to neighbouring countries. Construction is scheduled to start in September for completion in the fourth quarter of 2019, but the costs of the project have not been publicly disclosed.

Petredec is already the largest importer of LPG into South Africa — and operates a 15,000t import terminal at Port Luis, Mauritius, which was completed
in 2014 and serves as a hub for east African and Indian Ocean LPG trading and shipments. “Our commitment to the development of the Southern African LPG market underlines our confidence in the growth potential of this region,” Petredec chief executive Giles Fearn says.

The Richards Bay terminal will be capable of accommodating larger vessels than existing coastal terminals, resulting in higher LPG availability on the domestic market — one of the big problems facing the South African LPG sector — and improved price economics.

Petredec and Bidvest face competition for the import business. Local firm Sunrise Energy completed the first construction phase of a 210,000 t/yr terminal and 5,000t storage facility at Saldhana in May. The terminal’s next phase will increase storage capacity to 16,500t and — in theory — allow for imports of up to 52,000 t/month from very large gas carriers (VLGCs). Petredec is already a key supplier to south Africa, shipping LPG on pressurised coasters from its Port Luis, Mauritius, terminal. Petredec and Bidvest signed an LPG import deal with local gas producer and retailer Afrox in May last year.

Market constraints
The lack of South African import infrastructure has weighed on the development of LPG imports into the country, leading to supply disruptions and higher domestic prices. The South African Competition Commission finally released a much-delayed report on the LPG sector in May, which points out some of the challenges to market growth.

South Africa consumes more than 381,000 t/yr of LPG, with residential cooking and heating demand accounting for 175,000 t/yr and the remainder used in the light industrial sector. But the market has stagnated recently. Some of the country’s provinces have suffered from LPG shortages — and the commission has identified barriers to market growth, including problems with refinery supply, ambiguities over regulation and a lack of oversight of retail prices.