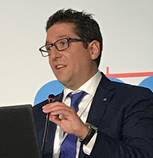 Pioneering projects relating to the global fuel transition now hit the press most days and sometimes we are concerned some people have lost sight of the big picture. “It’s a matter of perspective,” “Of course, it’s fantastic to have e-hydrogen and biogas as likely components in tomorrow’s energy mix. But let’s not lose sight of the here and now. There are many millions of people who don’t even have access to gas yet – they still rely on firewood, cow dung, coal and charcoal for cooking… every day.”

This point has also been highlighted at a recent meeting of the African Refiners and Distribution Association, when it came to light that 850 million Africans still depend on solid fuels for cooking, and as many as 600,000 die each year from household air pollution. Organisations attending the meeting, including the World LPG Association (WLPGA), the Global LPG Partnership, the Shell Foundation and Oryx Energies, agreed on the urgency of establishing an efficient LPG supply chain in Africa as an absolute priority.

We as Lloyd’s Register Marine & Offshore (LR) are emphatic on our commitment to the LPG sector, noting that as a class society we already rank number one in this marine field. Although it is still a hydrocarbon, ocean LPG trades are developing rapidly, notably on longer routes requiring larger vessels. These developments have been the driver for LR to take up membership of the WLPGA recently.

We applaud and support the fantastic initiatives in northern Europe, the US and parts of Asia in the field of low- and zero-carbon fuels – ammonia, hydrogen, power cells, biogas and e-LNG, for example. But he we are under no illusion that any of these fuels will meet a substantial share of the world’s energy needs any time this decade.

Hydrocarbon gases – LPG as well as LNG – have an important role to play in the global transition process, and they could be the stepping-stone in hastening the transition from hydrocarbons – coal, in particular – in many parts of the world, Europe included. However, although most of the gas focus recently has been on LNG, both as an energy source and a marine fuel, we are pleased to have noted an upturn in LPG-related projects.

LPG – most commonly propane and butane – is often seen, unfairly, as “LNG’s poor relation”. But LPG has many of the same benefits, with a few more thrown in besides. For example, since LPG is not cryogenic, it can be handled, stored and transported much more easily. The fuel does not require the same level of capital expenditure in assets, either ashore or afloat, and setting up supply chains is far simpler.

We do not yet know what the reduction targets will be from 2026 onwards. But we do know that they are likely to become increasingly demanding. So, even in the short term, shipowners need to adopt fuels which have the potential for significant emission reductions. LPG makes this possible. Having been active in LPG fuel technology for more than a decade, with our first Approval in Principle issued in 2012, we expect to be engaged in more LPG as fuel projects in the months ahead. There is great scope, both for new and existing ships.

… but not a long-term option

It is underlined however, that neither LPG or LNG offers a long-term option. But they do provide transition fuels to aid and hasten the global decarbonisation process. This must be tackled universally, not just in rich countries which can afford to pioneer the expensive R&D projects that most other countries can’t.

Neither LNG nor LPG is carbon-free, and their combustion generates other harmful emissions too. However, both are far less emissions-intensive than other hydrocarbon fuels, including fuel oil, diesel and kerosene, and many times better than coal or firewood. In the world’s less developed but energy demanding regions where fuel availability is limited, there is still a huge dependency on biomass as a source of energy – notably coal, charcoal and firewood. The fuels are often used in primitive dwellings without proper ventilation. Respiratory diseases are a frequent and inevitable outcome. For these people, e-LNG, ammonia and hydrogen fuel cells are light-years away.

However, it is not only remote communities in Africa, India and Indonesia, for example, that lag behind the high-profile initiatives involving hydrogen power cells and green electricity from the wind and sun. Many countries in the so-called developed world are a long way behind the energy transition curve, mostly because they have other priorities including the availability of food and universal healthcare.

The EU is one of the most advanced parts of the world in terms of energy transition, and the development of new fuels is essential. But we must be realistic too. It is inevitable that Europe will still be using more gas at the end of this decade than it was in 2020. There are large regions in the east of the continent that are still heavily reliant on coal. Moving those countries to gas would yield major carbon emission reductions.

But the greatest potential in the world’s poorest continent where a scarcity of resources – water, energy, food – still constrain the lives of many. There is a long energy pathway between here and 2050,  We must not leave any stone unturned along the way and LPG could have a vital role to play.

Disclaimer: The views expressed in this article represent the views and positions of the author.