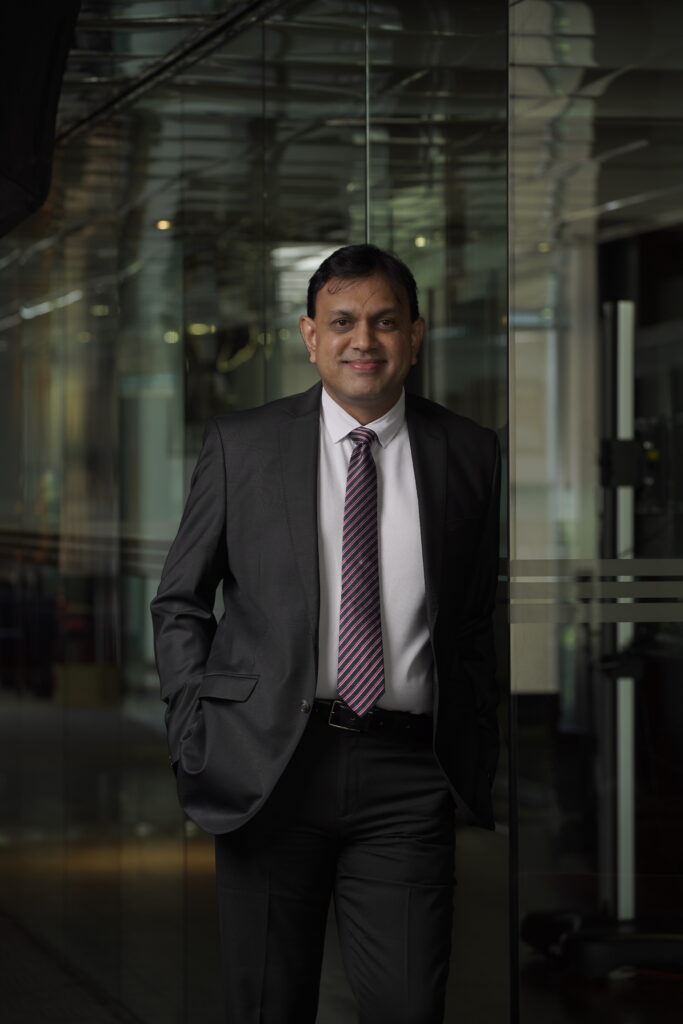 A nation in crisis, Sri Lanka has spent much of the year 2022 coping with its toughest economic crisis to date. Over the past few months, a fuel shortage ensued, accompanied by price hikes and shortages of medicine, food, and other essential goods needed to sustain daily life. Long queues became the norm and a general air of frustration and despair gripped the nation.

Accompanied by these issues came a nationwide gas shortage, one that brought households and businesses to a grinding halt. In April 2022, the provision of gas, primarily used for both domestic and industrial purposes, became one of the key challenges for the country and its people. At distribution centers and small shops, long queues formed with people who resigned themselves to waiting for days under the hot sun in order to acquire a filled cylinder of gas.

Indeed, Sri Lanka is massively dependent on LPG. As the national LPG provider, Litro Gas has a share of over 90% of the market. Industrial sectors such as the tile industry, confectionaries, rubber, glass, and the hospitality sector depend on LPG. As such, Litro has been key to Sri Lanka’s growth for over a century.

Litro Gas was amongst the many organisations that had to contend with a plethora of challenges. Apart from the dollar shortage, the implementation of short-sighted policy meant that a once profitable organisation was now riddled with debt whilst suffering from major losses. Sri Lanka’s debt rating, compounded by the devaluation of the Rupee and country bonds, along with a daily increase in demurrage, made it nearly impossible to generate the much-needed funds to secure a steady gas supply for the citizens of the country.

At Litro Gas, the time had come for a change in leadership. On June 15, 2022, Muditha Peiris was appointed as the new Chairman of the company. Muditha Peiris has previously served as the Managing Director of the state-run gas supplier and Litro Gas Terminal Lanka (Pvt) Ltd as well.

In his five-year stint as Managing Director of Litro, Peiris oversaw an immense expansion of the company. During this period, his decision-making enabled LPG to become available to all social classes, through affordable pricing and an expanded dealer network that allowed individuals to purchase gas cylinders close to their residences.

Cooking gas, once considered a luxury, was now accessible to a large majority. Over two million households made the switch from firewood and kerosene to LPG. As demand grew, agents in Sri Lanka began to import more gas cookers as well, leading to more affordable appliance rates. This shift was further supported by projects such as the ‘Mother Project’, startup bundle offers and island wide safety campaigns, resulting in an overall business expansion, transforming the LPG industry in Sri Lanka.

Upon his appointment as Chairman, Peiris began to implement swift changes at Litro to tackle the deep-rooted and systematic issues in place. “We took the approach that Litro had a duty to ensure that people had access to cooked food and industries had enough energy to keep the wheels of the economy turning. We had to fulfil our obligations at any cost.”

In describing how Litro reached a point of being unable to supply the public, Muditha Peiris delves into how the economic crisis hit the organisation hard. Until mid-March 2022, Litro had maintained an uninterrupted supply of LPG. However, by April, the company found it difficult to source foreign exchange and generate liquidity to source products.

But banks were unwilling to lend to Litro. Fresh supplies couldn’t be ordered. Since other LPG suppliers had also halted their supply, Litro had to supply their share of the market as well - a whopping 20%.

Peiris outlined how the dollar shortage and current crisis directly impacted Litro, “As LPG is imported, the monthly requirement of US dollars ranges from $27.5 million to $30 million. Sourcing this is a challenge. The banking sector is unwilling to open new Stand-By Letters of Credit (SBLC) and suppliers are reluctant to offer credit. Currently, the product is sourced mainly through 100% advance payments. In addition, due to the fuel crisis, operating the plant is a challenge as staff transport has to be managed, and the distribution of cylinders is managed and planned meticulously.”

Peiris states that the shortage in April 2022 was avoidable, and yet inevitable due to the situation Litro found themselves in. Although the company was able to supply essential services such as hospitals, cemeteries, export organisations, and apartment complexes, the rest of the nation was in turmoil.

He maintains that stronger leadership and swifter decision making at Litro could have curbed the crisis before it reached its peak. Additionally, US Dollars being allocated specifically for LPG, being an essential item, would have had a positive impact. He further noted that the liquidity position of the company was adversely affected because authorities did not allow a revision of pricing according to the fluctuating global market.

Nonetheless, after several months of gas shortage, which disrupted the lives of people and businesses, Litro Gas was able to overcome the numerous challenges in its path and provide the public with a steady gas supply by July of 2022. A remarkable feat in itself, what is more remarkable is how Peiris and his team achieved it. By introducing measures to contain costs, the company turned profits by August.

“We awarded a short-term tender to a supplier who accepted flexible payment terms. The short-term tender quantity is adequate for approximately three and a half to four months. To strengthen the supply, the World Bank funding under the CERC programme has helped the company immensely. The company was able to receive this credit line due to the focus and consistent performance of the team who handled the negotiations led by the Director of Finance.”

Securing the World Bank funding was a breakthrough for Peiris, who has previously stated his appreciation towards the support extended to Litro by the World Bank. A detailed understanding of the industry, the crisis as a whole, and people’s requirements resulted in a sustainable self-sufficient proposal being devised and put forth to the World Bank.

This resulted in a subsequent approval for a partial loan. Within months, an intelligent strategy devised by a dedicated team was able to understand and address the misfortunes of the nation. In the long term, these changes provided the country with a much-needed respite from the gas shortage.

It cannot be denied that Muditha Peiris’ leadership had a vital role to play in overcoming the immense hurdles Litro was facing at the time. By steering his team and allowing each officer to exercise their experience and talent in their capacity, Peiris was able to plan the way forward for Litro and, most importantly, ensure that LPG arrived at the Sri Lankan shores in this time of crisis.

“As soon as the supply tender was finalised, I got involved to ensure we get product consistently in July and nominated a quantity of 33,000 MT. We managed to get the first delivery on the 11th July 2022,” said Peiris. “Since then, ships have been arriving continuously and we have delivered over 2.2 million cylinders of all sizes in addition to the 4000 MT+ delivered to the bulk customers.”

What’s important to note is that Peiris did not look towards a hasty short-term solution to the crisis. Rather, his solutions are proving to be effective in the long-term, ensuring that the country’s gas supply does not come to a grinding halt once more.

Upon securing a steady supply, Litro immediately implemented a new sales strategy using locations such as playgrounds and other sites where a large number of customers could gather and purchase the product with ease. A token system was implemented successfully. By 1st August, gas queues were a thing of the past and, since then, interior dealers have been provided with adequate stock as well.

In yet another strategic breakthrough moves, Peiris implemented a shift from fixed to formula pricing, which has enabled Litro to be self-sustainable whilst passing on the real market value benefit to the customers themselves.

Litro has also developed their mobile application with a global payment gateway. This feature is intended to reduce the dollar burden of Litro on the treasury and strengthen Litro’s own sustainability. The app was then introduced for home delivery as well, working to alert consumers and agents about the supply, distribution, and availability of LPG.

With the app, consumers, agents and sub agents are able to get accurate information of how many gas cylinders could be distributed in the respective areas, reaffirming the company’s commitment towards its consumers and agents.

The funding given by the World Bank was a breakthrough for Litro, and will set a pathway for the future. Beyond this, Peiris mentions that, “We have secured a short-term LPG contract for 100,000MT and floated a term contract for one year and this is already in the process with bank credit lines secure to service the one-year contract.”

A major aspect of Litro’s strategy involved taking a scrutinised look at each aspect of their operations. As such, the company placed an emphasis on devising and maintaining an uninterrupted supply chain, along with building strong partnerships with suppliers. Peiris stated that the company is now closely monitoring its distributor network to ensure products are received by the end customers. Litro has further set up a 24/7 CSC call centre that is well-equipped to handle requirements as well.

A culmination of these strategic decisions meant that, within mere months, Litro Gas was the only gas provider within the industry that continued to supply the public and most importantly to Industry thus playing a key role in economic recovery and in uplifting the living standards of Sri Lanka’s citizens.

As Litro Gas celebrates over 150 years of providing Sri Lanka with one of its most irreplaceable services, Peiris looks towards the future. According to Peiris, the global LPG market will soon be booming. Globally, the market is predicted to develop at a compound yearly growth rate of 4.91%, from $109.5 billion in 2020 to $153.2 billion in 2026.

Although the COVID-19 pandemic had a negative influence on this demand, the demand for personal and industrial consumption has soared. In the Asia Pacific region, countries like China, India, and Japan are expected to be an appealing region for the global LPG market, propelled by investments in industrialisation and urbanisation.

So where does Sri Lanka stand in this growth? While Peiris is still set on his goal of making LPG affordable and accessible to every household, ensuring a stable supply of gas for the country is undoubtedly the first step. Muditha Peiris believes that authorities should ensure that LPG businesses are managed as commercial enterprises, allowing private companies to set their prices at competitive rates. The control of prices across the industry will result in stabilisation across different companies. Litro is keen to play its part in this as well. As of right now, a pricing formula has been put in place - one which creates fair pricing for both the consumer and the company.

The initial steps taken by LPG giant Litro Gas have proven incredibly effective in providing a steady supply of gas to the Sri Lankan public, thus providing citizens with long-term relief from endless queues, alternate methods of cooking, industrial blocks, and other such obstacles.

Beyond these initial steps, Litro’s curated and impressive strategy, spearheaded by Chairman Muditha Peiris, ensured that this relief continues in the future, permanently securing Sri Lanka’s gas supply, and uplifting the lives of its citizens as they contend with Sri Lanka’s worst economic crisis to date. 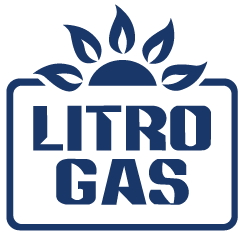