Assogasliquidi/Federchimica, the Italian LP Gas Association, is motivating a new generation of designers and writers to come up with new image for LP Gas, an essential energy resource for millions of families.

Today there are roughly ten million Italians who rely solely on this exceptional energy for warming their homes, cooking and heating water. In 2012, the Association announced a nationwide contest for Art, Graphics & Design University and Academy students called “Una Giornata con il GPL” which translated means “A Day With LP Gas".

Following the Association’s announcement regarding the nature and rules of the competition, the participants were asked to create an illustration, an image or a video clip, representing in their own view, a new image for LP Gas.

The idea for the contest was born out of the results of a study commissioned by Assogasliquidi to GFK Eurisko (a well-known Italian survey company), to assess the level of awareness of LP Gas in Italy.

According to the survey, 80% of those interviewed were satisfied with the overall performance of the product in terms of energy efficiency, calorific value and availability. However, 45% of the Italians surveyed were not aware of the unique benefits this exceptional fuel offers in other domestic and commercial application fields such as an eco-friendly fuel for garden power appliances, barbecues, outdoor heating (patio heaters, heat pumps, co-generators etc.).

This contest is just one of the many campaigns the Association has launched to raise awareness of all the positive aspects of this exceptional, available and environmentally sustainable resource.

The response to the competition was excellent with one hundred participants and very distinguished jury, including Paolo Dal Lago (President of Assogasliquidi/Federchimica), Fabio Minoli (Head of Corporate Communication and Image at Federchimica, the Italian Industry Federation to which Assogasliquidi is affiliated) and Fabrizio Russo (Creative Director of  Klein-Russo, a major Italian communications agency).

A Tie for First Place

Two students were each awarded a cash prize €4,000, and four others each received the Special Jury Award of €500.

The first of the two winning projects came from Paolo Rosa a student of the Accademia delle Belle Arti “Santa Giulia” of Brescia Italy and it pictured two questions on an empty page. “Che cosa riesci a vedere?”  (What do you see?); followed by “Niente?” (Nothing?) and then below a phrase which describes LP Gas as something intangible that cannot be seen, but in fact is essential for many purposes.

The other winner was Giulia Puntoni, a student at the University of Genoa, Faculty of Architecture, who created a very original “slogan” building the letters GPL (LPG) into the words enerGia PuLita (clean energy).

Some of the winning artworks. 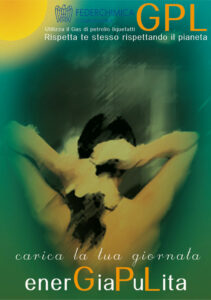 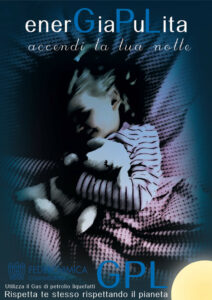 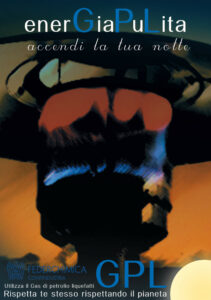 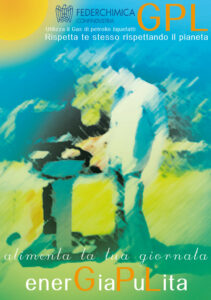 Special Jury Awards went to two videos; one a cartoon showing the various uses of LP Gas and the other very original home-made movie in which a young girl plays the role of LP Gas, to emphasize the beauty of this energy.

Assogasliquidi is very pleased with the outcome of this key initiative, which has forged a link with a new target group. Assogasliquidi is confident that this step will help increase awareness of LP Gas in Italy.