U Pyi Wa Tun, CEO, Parami Energy stressed that the primary objective of the Community Kitchen is to significantly enhance the health and quality of life for women (and children), who represent the majority of those currently cooking with traditional fuels, and wasting time fetching firewood. Globally 4.3 million people die prematurely each year due to indoor air pollution, more than HIV, Malaria and Tuberculosis combined.  Dr Nyo highlighted the environmental advantages with over 80% of the population still burning firewood and charcoal; LPG helps fight deforestation and combat climate change. Parami Energy strongly supports the Myanmar Governments quest to fast-track the utilisation of LPG for home cooking in one million house-holds by 2020. Steve McBride, COO, added that this CSR initiative positively impacts “Energy Literacy” by transferring knowledge to the rural population of more efficient, healthier and cleaner cooking utilising LPG.

Parami’s Community Kitchens are a flagship initiative in Myanmar of “Cooking For Life”, a global WLPGA roadmap launched in 2012. This aims to facilitate the transition of one billion people from cooking with traditional fuels, as well as other dirty and dangerous fuels, to cleaner-burning LPG by 2030, said Ms Abbott.

Parami Energy Group of Companies is a diverse energy player involved in upstream oil and gas, off-grid power generation solutions, and LPG importation and distribution in Myanmar. More information is available at:  www.parami.com 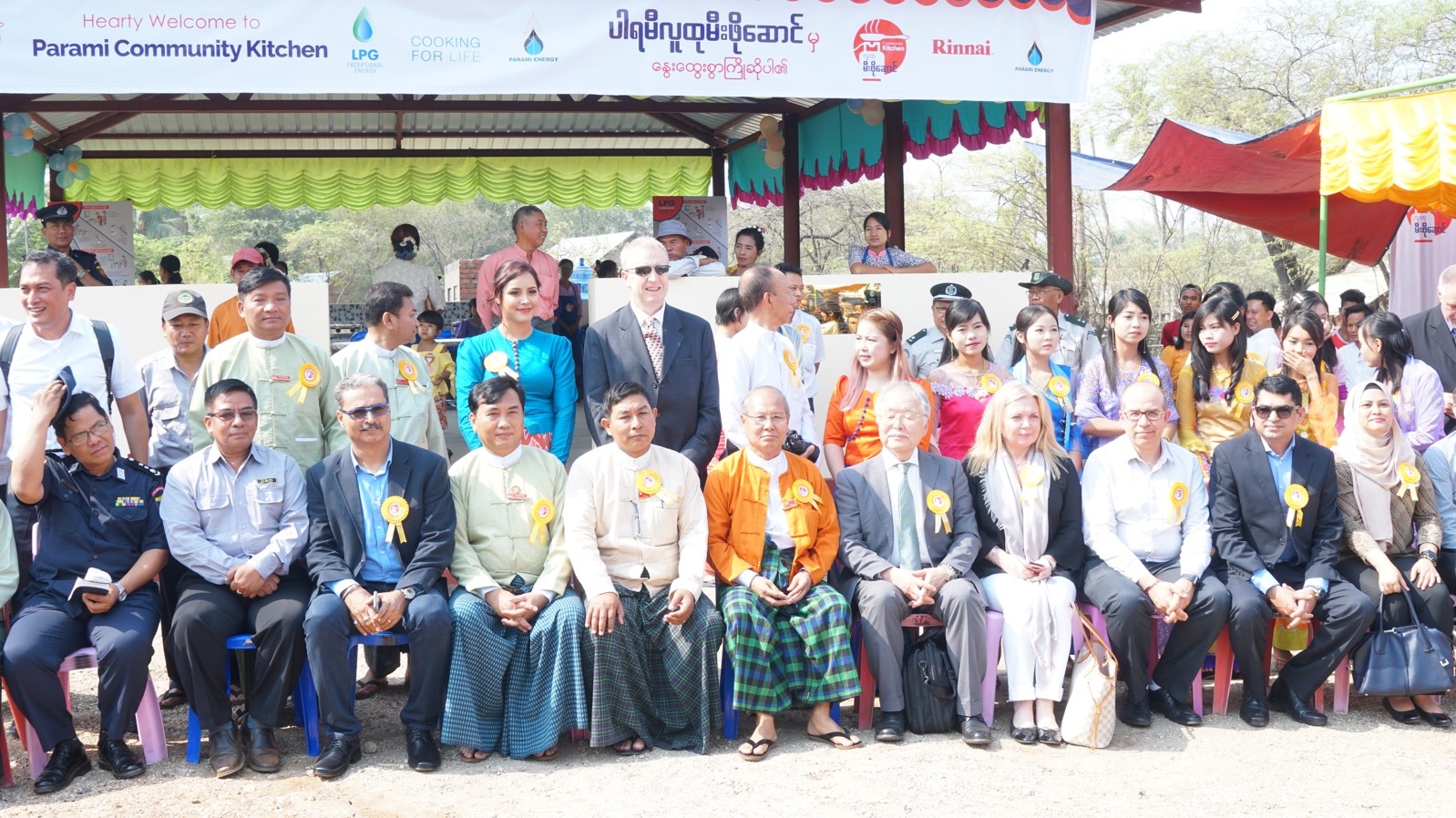